The History and Restoration of a Pocket Watch

From A. Wayne Brown …

This story is very close to the hearts of my family. In the early 1960's, my grandmother gave me the pocket watch that belonged to my uncle, Lt. Gerald Brown. He had it in his pocket the day he was KIA in central Italy, October 25, 1943.

He was a pilot of a ground support fighter/bomber A-36 Apache. His unit was the 86th Fighter Group/527th Fighter/Bomber Squadron. He first flew in North Africa, then up through Sicily, and on into Italy. The flight of three was returning to base and strafed a train very near Attigliano, Italy. The explosive-laden train exploded and consumed my uncle’s airplane. The damaged watch was recovered along with a few other items.

The watch was in three pieces and was missing hands and a crystal. It took it to Haltom’s Jewelers in July 2018, for a preservation attempt. (Restoration seemed impossible.) I got my watch back on January 31, 2019. New hands had been installed and I was going to set the watch for display in my man-cave along with an assortment of military “stuff.”

Well, the watch started running in a very unreliable fashion. But it was running again after 76 years, three months, and nine days! We immediately returned it to Haltom’s for an overhaul. I had to return it for further work in October 2021.

I will pick up the watch this week (April 2022) after having a more complete renovation. What an amazing family keepsake!

One of the more touching parts of this story is the spot where his plane crashed in Attigliano. The site can be seen from the town of Amelia, Italy. My family, including my uncle Gerald, was raised in Amelia, Texas, a country town west of Beaumont.

My uncle is interred in the American Cemetery in Florence, Italy. He received the Silver Star, Air Medal with four clusters, and the Purple Heart, posthumously. 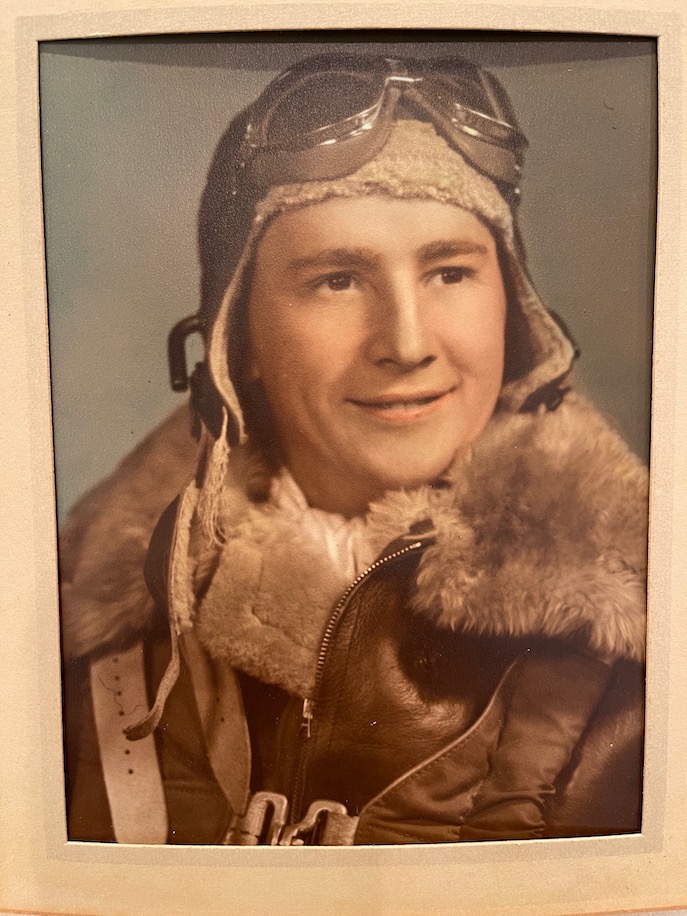