A History of Diamond Engagement Rings

In 1477, Archduke Maximilian of Austria presented the first known engagement ring to show his love for Mary of Burgundy. Set with diamonds in the shape of an M, the Archduke traveled from Austria to Belgium to ask for her hand. Mary had fallen in love with Maximilian through his letters, and the marriage seems to have been happy but short. Mary was killed falling from her horse only five years after she received the first engagement ring. Rings have been made and worn since the ancient Egyptians, but this was the first known diamond engagement ring to wear before marriage.

After 1477, wedding rings, and not diamond engagement rings, were the most popular in the western world. Diamond jewelry was for the elite and wealthy. Typical Victorian era engagement rings in the 1800’s were usually in yellow gold with ornate and often floral designs. Beginning just after the turn of the century, Edwardian rings in the early 1900’s were designed with filigree and Art Deco patterns, often in platinum with fancy shaped colored stones as accents for the center diamond.

In 1947, a young copy writer created the DeBeers slogan, “A Diamond is Forever.” Business boomed as young brides to be across America and then around the world were engaged to be married with a diamond. Soon, almost 80% of American brides were wearing engagement rings. 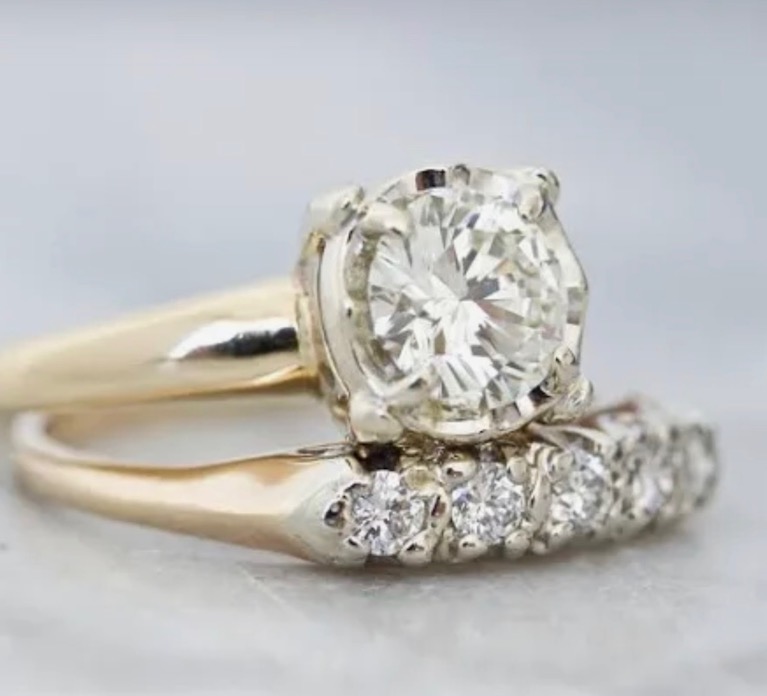 Today, brides often want thin banded engagement rings with small diamond accents in halos either around or below the center stone. Oval and cushion cuts have risen in popularity as Instagram drives styles, and many brides plan to add one or several diamond stack rings to their engagement ring.